XR and the building blocks of the multiverse 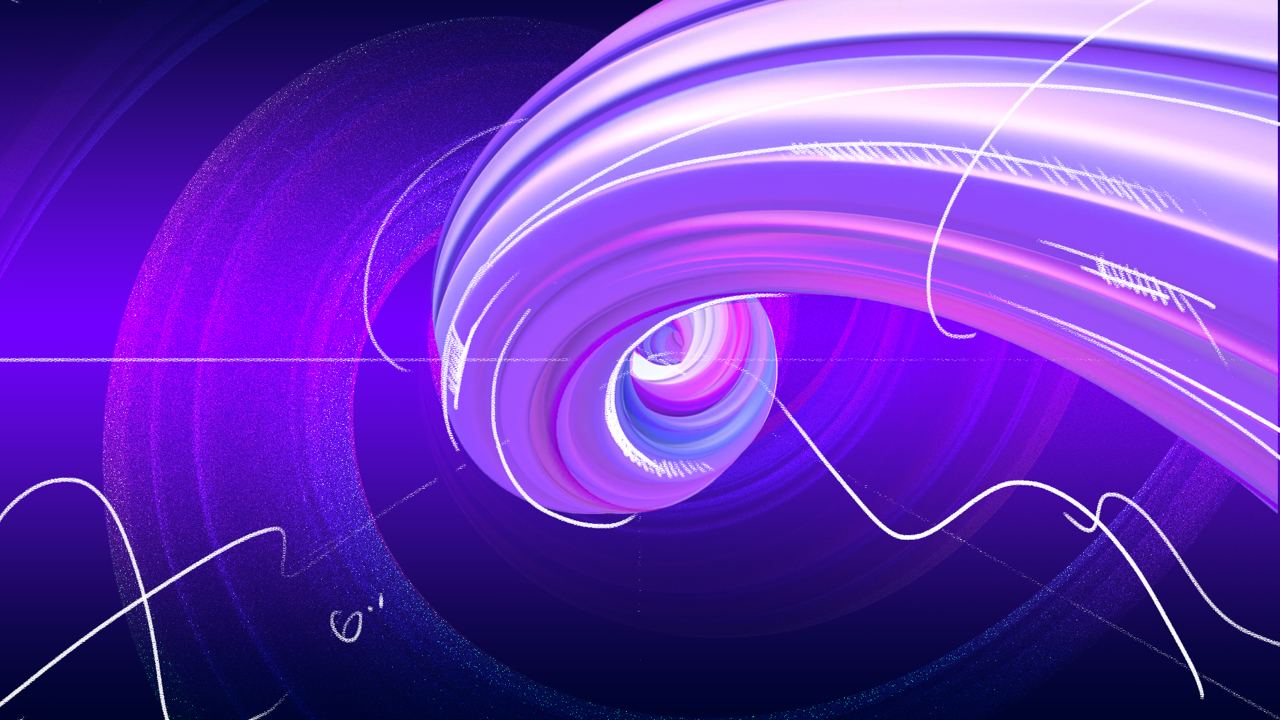 In recent years, it’s safe to say that the internet has changed dramatically. The way we work, shop, and entertain ourselves is now more innovative, engaging, and, pretty soon, more immersive with the help of extended reality (XR).

As the planet races towards the metaverse, XR technologies will play a key role in driving fully immersive experiences. As such, the global XR market is forecasted to be worth as much as $300 billion by 2024 (rising from $31 billion in 2021).

According to HP, XR or extended reality can be described as “reality-plus” tech that leverages different forms of displays, including virtual reality (VR), augmented reality (AR), and mixed reality (MR). In other words, XR takes the human-to-PC screen interface and transforms it (dramatically!).

XR is also often used as an umbrella term for AR, VR, and MR technologies that augment the user’s physical surroundings (AR), immerse the user in a virtual environment (VR), or a mix of both (MR).

How did we get here?

The idea behind XR has been around for decades. However, the technologies needed to realize this reality were either too expensive or too complex — until today. Starting with the onset of the pandemic, we have witnessed an exponential increase in the rate of digitization and virtualization of almost every aspect of our lives — setting the stage for XR.

But it’s been a long road to get here.

Web 1.0 was the genesis of the World Wide Web revolution. But there were hardly any content creators in the early pixelated dial-up days of the internet, and most users were content consumers.

During the 1990s, personal static web pages were the standard, and they were hosted on free web hosting services (who remembers GeoCities?) and ISP-run web servers. These websites also bombarded users with banner and popup ads, leading to poor user experiences.

Key features of web 1.0 include:

Although there were some VR experiences, they were primarily 2D and basic.

Web 2.0 is centralized, and there is hardly any innovation to discuss from a technical perspective. In that sense, web 2.0 is basically an enhanced version of web 1.0.

Some of these enhancements include:

Web 3.0 or web3 describes the many different evolutions of internet usage and interactions across multiple paths. As such, it aims to decentralize the internet by transforming it into a database. While web 2.0 concentrates on the front-end of the web pages, web 3.0 enables the up-gradation of the back end.

In a web3 world, no centralized entity can own the data. Instead, data is shared, and related services will be able to show different views for the same web or the same data. This universe of information promises to be multidimensional, guiding us through multiple realities.

Key characteristics of web3 include:

In web 2.0, companies like Google mined user data for profit. However, in web 3.0, the user is the content owner, and the overall ecosystem will be governed by decentralized autonomous organizations (DAOs).

Where are we headed?

Web3, the metaverse, and XR together pose endless opportunities that we’re just starting to explore. Right now, we’re already seeing weddings and corporate meetings in the metaverse. In fact, a tech-savvy couple in India even had the bride’s late father attend their wedding as an avatar.

Pretty soon, such experiences will be as ordinary as logging into Instagram. With the help of XR, you’ll see the fine lines between reality and fantasy blur. In a sense, XR and MR will further extend the possibilities of the metaverse and other virtual environments where users interact. It’ll also usher in an era of investments in virtual land and non-fungible tokens (NFTs).

By bringing digital objects into real life, we are about to transform the way we interact with our physical environments. AR and VR-powered retail experiences are just a taste of what’s to come. But right now, there’s a lot of work to be done. That’s where 8XR comes in.

8XR provides users with the tools and visual building blocks to create immersive experiences across the web. While web 2.0 depended on graphic designers to design and deploy visual experiences for clients, 8XR puts the user in the driving seat.

Before 8XR, users had to get over a steep learning curve to use tools like Godot, Unity, Unreal Engine, or CryEngine — but not anymore. Think of it like a no-code approach to designing highly immersive content (quickly).

All users have to do is plug into the web-based XR graphic engine, and within minutes, they can create immersive VR art, scenes, avatars, and other 3D digital assets. As you can store these images and experiences on the blockchain, users also own the rights to their content (and can make them available or tradable).

By leveraging a Metamask or Phantom wallet, users can quickly connect and share these experiences with others across platforms and devices. For example, you can use these crypto wallets to import and bring in your collection of NFTs into your virtual space and restrict access to specific NFT holders. So, if you want to start a private club with exclusive members or host an “invite-only meeting,” you can do it quickly and immersively with a few clicks. 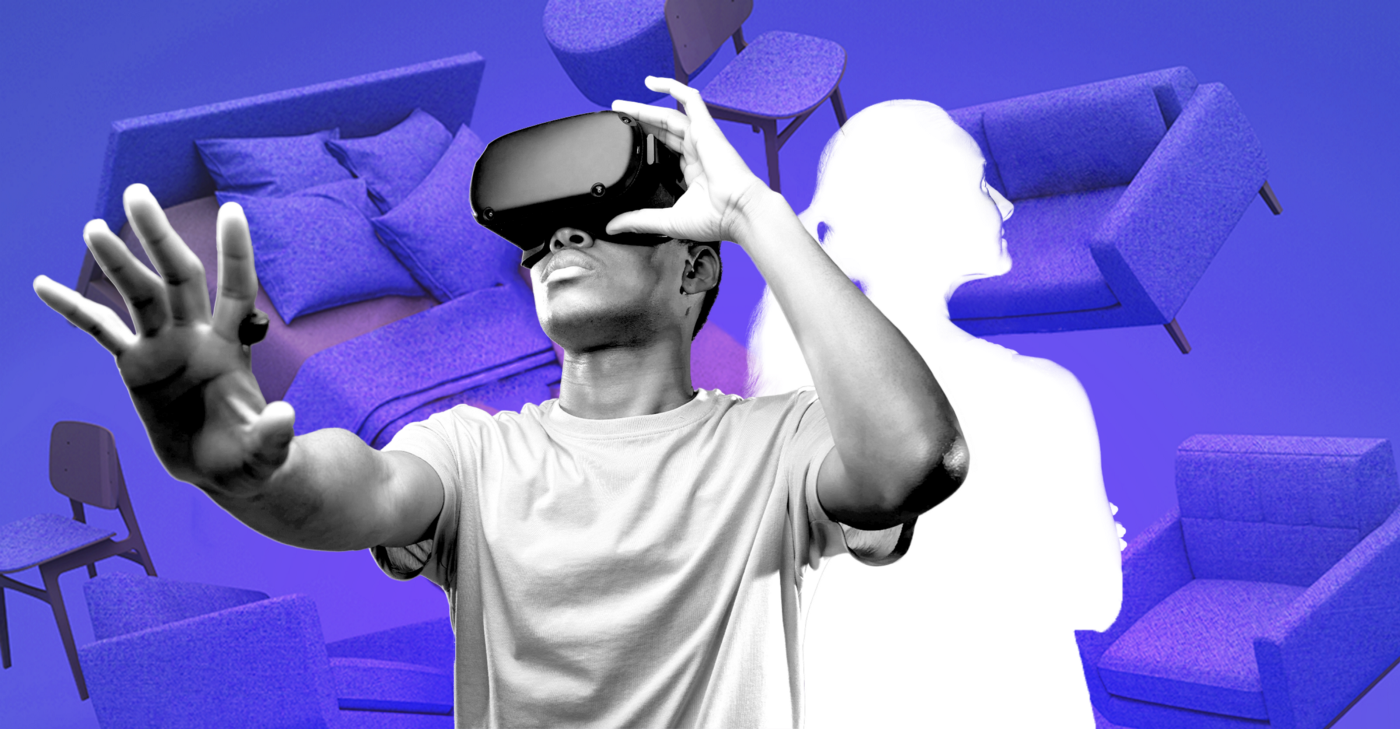 How AR & VR are Transforming the E-Commerce Furniture Industry 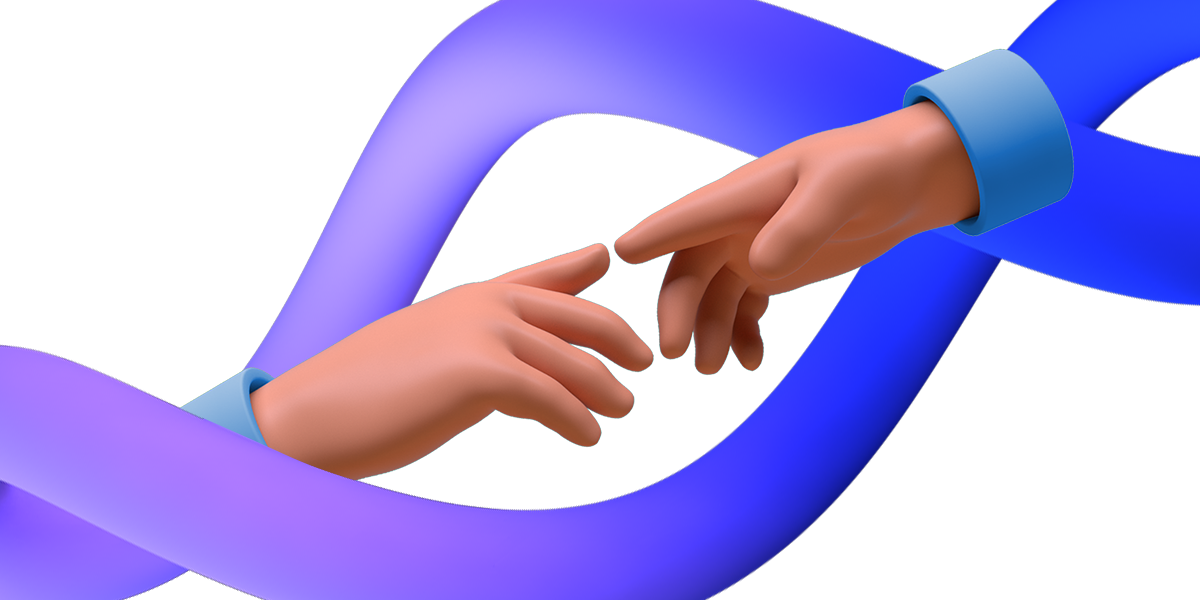 The 8th rule of Metaverse: a multidimensional space for communication